I hit nothing but the F note only, result:

hope now somebody from developers will answer
Top

now I hit C note only

Please email the support desk at support@playgroundsessions.com about this issue. This is definitely something wrong with your keyboard. Yes that is strange and I can assure you that shouldn't be happening. I will help you over email.
Andrew Wegierski

Thomas replied it must be either my piano or connection. So I tried on iPad

with the same result.
Can I ask anybody here to test it? Shoot one note, for example C4 like a machinegun

good morning Thomas,
I visited a shop nearby and tested several pianos, several brands with my iPad, all behave the same. C note has no cross line over it, and jumping from bass clef to treble clef. Will you correct this bug any soon?

dont tell me anymore fault is on my side, like to use different cable or so. There is a BUG in software!!
Top 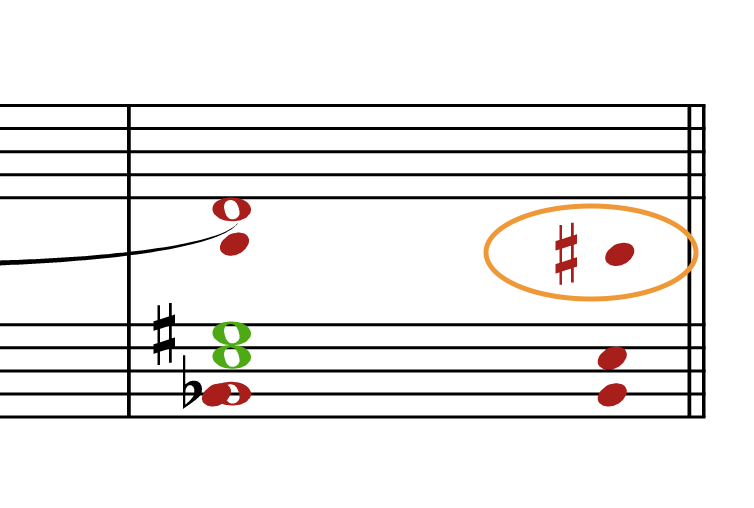 I will not stop asking which note did I play until developers correct this annoying bug. Tell me, which note I missed?
Top 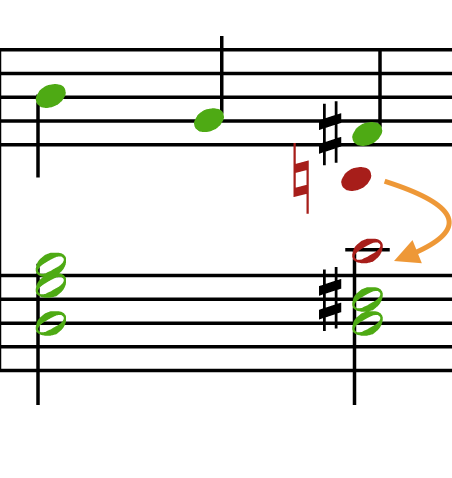 I will not stop asking which note did I play until developers correct this annoying bug. Tell me, which note I missed?
Answer is B3 natural
Top

Re: very strange, bug in software

After looking into this problem more closely I realize I misunderstood it at first. I don't think there is a problem with your keyboard or set up.

Regarding the ledger lines on C, when the program generates red notes to show you what you did correctly, it cannot currently also generate ledger lines that aren't already there. Usually, if there's a mistake in this range, it's likely that the notation will be in this range (and that the user went for it, and made a mistake with timing or perhaps a note too high or too low). So you can reference the red note against the notated note. In your C example, the 4th measure, you can see that it's right next to the notated C. C4 also presents problems because I don't know if it's even possible for the program to always plot it in the right spot, because it can be notated in two locations, and every musical situation is different. It looks like it defaults to treble clef until measure 4, because there's a C4 in the bass clef. In the next example, it does the same thing - if there's a C in the bass clef it'll put it there so you can reference your mistake.

In the last picture it's the same problem, it's just clef recognition with red notes. But you played it so far away from the downbeat, I don't know if the program could put it in the right clef. The only thing I could think of is, change it so the plotted red notes don't default to the treble clef (Which I'm not even sure it does).

I can bring this up to the team, but something like this will not be addressed on the current platform - and for good reason. The new platform we are migrating to should be able to correct issues like this - so we are digging for the source of the problem which is the old platform, not just trying to correct issue by issue.

Let me know if you have any other questions